As part of the never-ending celebration, the German automaker dressed five Macans in historic racing liveries and sent them through the streets of Singapore.

For over 60 years, Porsche has enjoyed wins across the world at all levels of competition — more so than any other automaker. From the early air-cooled models to the more recent 919 Hybrids, nearly every Porsche that's hit the track has been memorable in one way or another. Still, some are more recognizable than others. To pay tribute to some of those models, Porsche has created a series of five Macans dressed to the nines in classic racing garb. Each of the liveries represents some form of Porsche Le Mans race car. Porsche has won Le Mans more times than any other manufacturer or team on the planet. The German automaker took the five Macans to Singapore to photograph them in some of the city-state's most iconic locations. 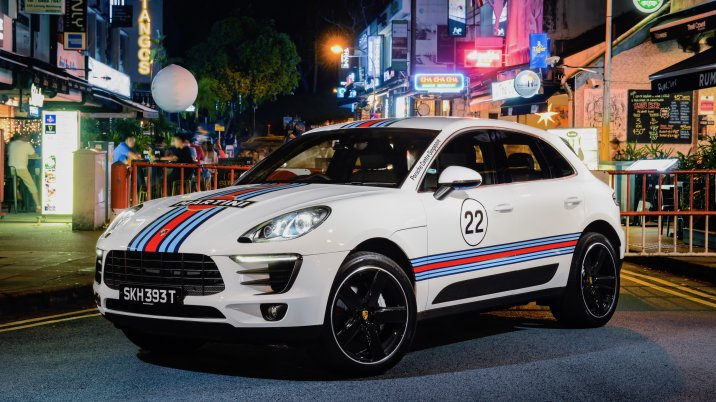 The white, red and blue Martini Racing livery might be the most iconic of them all. This dress covered everything from the Porsche 917 in Le Mans to some of the automakers efforts in rally and touring car. It's simple, clean and permanently tied to motorsports. Porsche began its partnership with Martini and Rossi in 1968. The photo was taken at Holland Village. 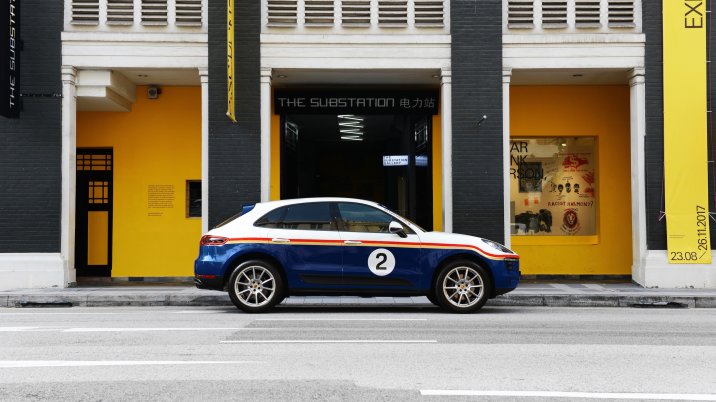 The next car was done up in the Rothman's cigarettes livery that graced the Porsche 956. Unlike the Martini Macan, you won't find the company's logo anywhere around here. Tobacco advertising has been banned in most regions, but it doesn't take a logo to recognize those colors. This photo was taken on Armenian Street. 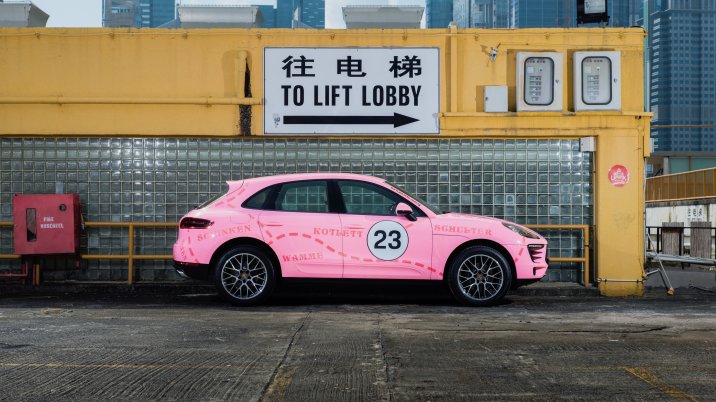 This bright pink Macan wears the colors of the Pink Pig, an experimental Porsche 917/20. That one-off model raced at the 1971 24 Hours of Le Mans. The car combined bits from the short and long-tail versions of the 917. In addition to the bright pink color, lines on the car mark the different ways to butcher a pig. The Pink Pig Macan was photographed at Singapore's Chinatown. 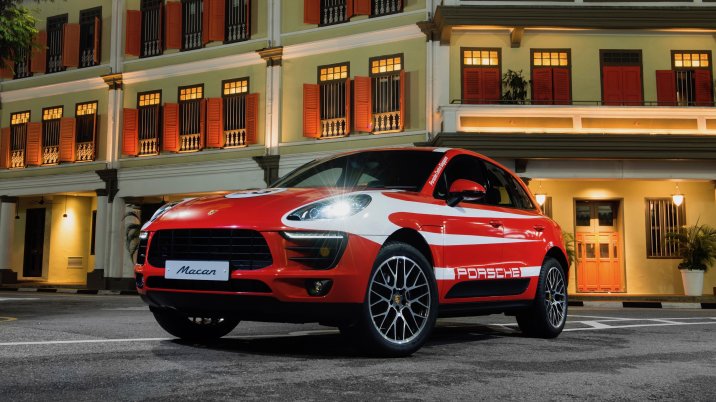 This red and white Macan wears the Salzburg design. A Porsche 917 KH wearing these same colors earned the German automaker its first of 19 victories at the 24 Hours of Le Mans. The photo was taken at Ann Siang Hill. 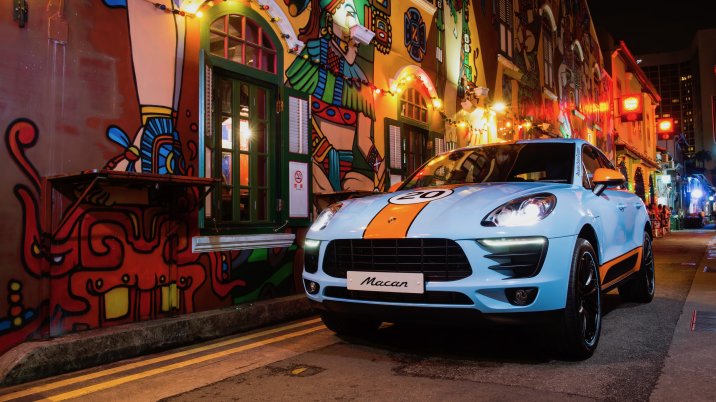 The final Macan wears the pale blue and orange of Gulf Oil. This is the only livery here that could possibly match the Martini Racing colors when it comes to all-time great designs. In 1970 and '71, Porsche raced at Le Mans with these orange and blue 917s. Still, the most memorable version of all might be the car that Steve McQueen raced in the 1971 film Le Mans. This final photo was taken at Haji Lane.

Buy a car at RepoKar this Winter